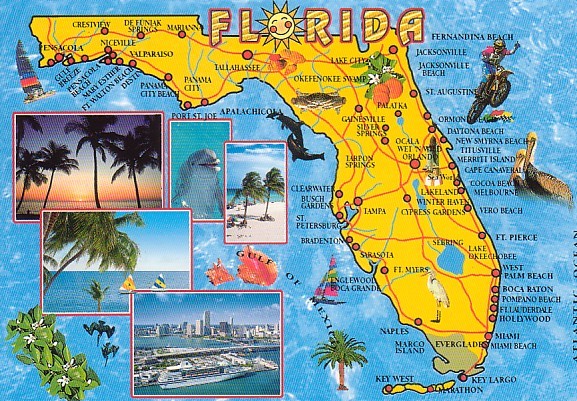 I recently wrote a blog on how volunteering can be the secret to happiness.  In that blog, I shared that altogether, 64.5 million Americans volunteered nearly 7.9 billion hours last year and of those, a third volunteered for more than a hundred hours each year (which requires just two hours each week).  The estimated value of this volunteer service is nearly $175 billion, based on the Independent Sector’s estimate of the average value of a volunteer hour. However, Florida ranks 48th among the 50 states & Washington, D.C. in the amount of residents who volunteer; only 21% of Florida’s population gives their time in comparison to Utah which has 44% of their population volunteer. Those states that lag behind Florida are Nevada, New York & Louisiana.

Florida is my home state.  Both my husband and I are natives (shocking, I know) and we are both heavily involved in the community as are our friends.  Over dinner, we discussed this topic trying to understand why Florida is almost dead last, and why South Florida (Fort Lauderdale and Miami – where we actually live) was in fact dead last in many of the polls.  Here are three reasons why Florida ranks last and how we can tackle the issue.

Retirees:
It should shock no one that 18% of Florida’s population is made up of individuals 65+ — I’m sure many of you thought that statistic would be higher. Fourteen percent (14%) of both Fort Lauderdale and Miami’s population are made up of retirees.  Retirees come to Florida to relax after a lifetime of working and giving back to their own communities.  So no one can fault them for not wanting to volunteer their time.

However, as the life expectancy of Americans continue to increase, retirees may find themselves living a life of retirement for up to 30 years and there is only so much golf and tennis one can play.  With over 75 million baby boomers about to retire in the next few years, this is a great opportunity for cities and charities to engage this population to give back their time and expertise.

In Fort Lauderdale, the Community Foundation of Broward recently launched Re-engage for Good: a multi-year initiative to engage retired and soon to retired baby boomers to use their time, talent, and years, of experience to improve our community and lead needed change.  The Foundation works with various nonprofits that are looking for the skills and wisdom of retired professionals and/or seniors.  They partner with programs like the Fort Lauderdale Chamber of Commerce’s Chamber Connect, Impact Broward’s Encore Connect and/or RSVP program and HandsOn Broward’s Corporate Volunteer Council.

Cities and nonprofits across Florida and other states that have a large retiree population can model this initiative to engage a significant part of the population who has extensive experience and time.

Culturally:
What some people love about Florida, especially south Florida, is our diversity.  Fort Lauderdale/Broward County is made up of 31% of foreign born individuals why Miami-Dade County has 50% of its population made up of foreigners.

This is an important statistic because in American, volunteerism is part of the culture.  While many generations volunteer, the biggest percentage in seen by the Millennials, those 19-35.  It has been ingrained in the Millennial culture to volunteer and be involved.  The brainwash starts at birth, as parents know it is essential for college applications.  Millennials have grown up believing that they have a greater role to play as global citizens and taking care of our planet.  They grew up recycling and using less water.

I share this information because when you look at Central/South America, which is the largest segment of the population in south Florida, volunteerism is not as prevalent in their native county.  However, by no means does this imply that those countries aren’t philanthropic.  Most Central/South Americans are Catholic and tithing at church to help the poor/homeless is message that is heard more often and that is seen as their contribution to society.

As we continue to see more first and second generation Floridians being born, I feel our volunteers numbers will start to shift in the future as volunteerism will become one of the many ideals that will be assimilated into their own culture.

Lack of Corporate Tracking:
South Florida is made up primarily of many small and medium sized companies, that are not only extremely philanthropic through monetary donations, but also have many of their employees involved in the community.  Currently, only major companies with elaborate volunteer software programs track their employees’ volunteer efforts as it has a monetary value.

I’m working with many of my clients that are medium-sized companies to create cost effective tracking systems on their intranet sites to help capture all of the good work that their employees on doing in the communities where they work and play.  At the end of each year, we are able to calculate the amount of hours volunteered, the organizations where they volunteered as well as the overall economic impact the company has had on the community.

So yes, Florida has a long way to go, but the only way to go is up.  We look forward to the challenge of being a state with a thriving volunteer community.

What are some other reasons you think Florida ranks so low on volunteering?

Kelly Alvarez Vitale understands how targeted philanthropy can help companies indirectly market products and services, often to clearly-defined market segments. She has witnessed how effective philanthropy opens business opportunities and helps build key business relationships. Having a background in integrated marketing communication and experience working in the nonprofit sector, Kelly saw a need for a new philanthropic approach. Combining her years of professional experience along with her volunteer experience in leadership positions with nonprofit organizations such as the American Heart Association, Broward Center for the Performing Arts, Leadership Broward Foundation, Broward Education Foundation, Jack & Jill Children’s Center and others, Kelly founded Strategic Philanthropy.

How Your Company Can Still Give in Times of Disasters
August 16, 2021

Best Practices for Corporate Philanthropy In a Covid-19 World
June 28, 2021

Creating a Business Outside the Lines, The Sticky Brand Lab, February 2021
February 11, 2021